skip to main | skip to sidebar

Nonfiction Monday (on Monday this time! Yeah us!) - reviews by Freaky

Nonfiction Monday is a chance for bloggers and readers to see what's new in the world of...well....nonfiction! We are going with some animals books today, all 3 from Lerner Publishing and each part of a series.

Personally, I think Lerner is just asking for angry e-mails with this series. They currently have titles for beagles, German shepherds, labs, Portuguese water dogs, and yorkies. That leaves a WHOLE lot of breed owners who are going to want to know why theirs wasn't first on the list! I mean, golden retrievers, hello?! Great Danes? Mutts???

That said, these are great books, judging from this one on boxers. Their personality is captured immediately:

You hear the doorbell and go to answer it. But your dog gets to the door before you. He's excited and eager to see who's there. When your guest comes in, your dog warmly welcomes him. Your pooch jumps up and plants a wet, sloppy kiss on the visitor.

Your fully grown dog has a puppy's spirit. He's always full of energy and loves being around people. You've fallen for the clown of the dog world. You have a boxer.

Many series on dog breeds turn out to be very general - they give the same advice about exercise, vet care, etc., for every dog of the same size, and just change out the pictures. This one has some very specific boxer traits and needs mentioned, such as the way they become attuned to their owners' feelings, and the fact that they can be "Velcro dogs". I was also pleased to see white boxers mentioned in a side bar - since they can't be shown (genetic predisposition to hearing issues), they make great pets. Many never get that chance, so it was good to see a little plug put in for them.

Wherever you live, you probably have pigeons around, making this an easy book for youngsters to identify with. This series, which also includes bats, brown bears, iguanas, prairie dogs and snails, is very simply writen, making it a good source for first reports. The print is huge and often makes use of color change or curved text, with no more than a paragraph or two per page. Great pictures (honestly, I would have thought it would be a challenge to find that many pictures of pigeons without them all looking the same) help make this a very visually appealing book.

As one who is more on the prey end of the animal kingdom, I personally don't see the appeal in reading about predators, but there is no denying kids love them! In addition to the leopard seals (800 pounds? I'm, like, one!) this series takes on crocodiles, eagles, foxes, sharks, grizzly bears, killer whales, mountain lions, owls, polar bears, rattlesnakes, and wolves. Okay, any one of those could eat me and not even notice.

Just look at the cover photo: people think of seals as cute little things, but there is nothing cute about those teeth! Even the one on the title page looks smug, like he just ate your uncle Fred and he's sizing you up for dessert. Yeesh. Those pictures are nothing compared to those to come, however. These are definitely books about predators, so do not expect warm, fuzzy feelings. And definitely do not give this one to a fan of penguins! Kids who like blood and gore will love these, for the pictures and the text, and will learn a lot along the way.
Posted by Three Turtles and Their Pet Librarian at 12:28 PM 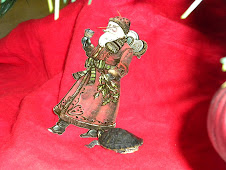 Books for Christmas, or a chunk out of the ankle, Santa, it's your choice.

Three Turtles and Their Pet Librarian
We are happy to receive works for any age group for review, and try to share our thoughts in a timely manner. If we find we can't really get into a particular book, however, we will pass on reviewing it, which we think is in both our best interests! Send review copies to: Three Turtles and Their Pet Librarian PO Box 204 High Rolls, NM 88325

This blog is NOT an official web site of the library we supervise, nor is it connected with the city government of said library in any way. The opinions expressed herein are solely those of the individual authors.